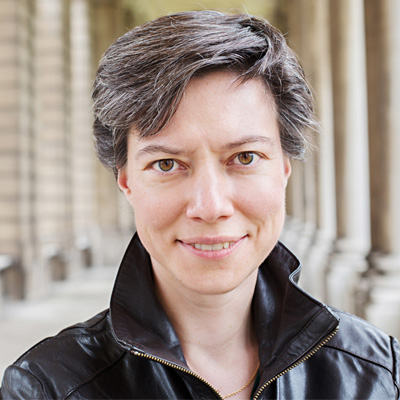 Irina Lyakhovskaya was born in St. Petersburg, Russia. She graduated from the St. Petersburg Conservatoire in 1999 where she studied with Alexander Sandler. In 2000, she was invited to continue her studies in England as a postgraduate scholar at Trinity College of Music with John Bingham.

In 2003 Irina won first prize in the TCM Association’s Soloist Competition with her interpretation of the Schumann Piano Concerto. Since then, she has given many performances at leading international venues including the Southbank Centre, Symphony Hall, St John’s Smith Square and Cadogan Hall. As well as performing solo recitals she has appeared as the concerto soloist in work by Mozart, Haydn, Schumann, Brahms, Tchaikovsky and Rachmaninov. Her work has also been shown on BBC television and radio. Irina has worked at Trinity Laban as a staff pianist since 2002.